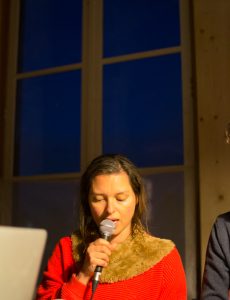 “I took part in Máquina de Responder, a program that happened in parallel to the 29. São Paulo Biennial in 2010/2011. After the end of this program, a few of us remained working together on a book. Two years later, in 2013, I went to a mobile residency in the Amazone. In this trip, I met Bik van der Pol, also residents at the time, and joined their master program at the Sandberg Instituut in Amsterdam. Since then I leave in the Netherlands. It was through Capacete that I moved to the Netherlands, where I live for 5 years. It’s a radical gesture to encourage artists to not produce work during the residence. It’s a permission to slow down and rather listen, observe, interact, beliving that whatever happens in these periods will inevitably produce result in the future. Capacete is a community of people it has the magic of making you feel part of it.”