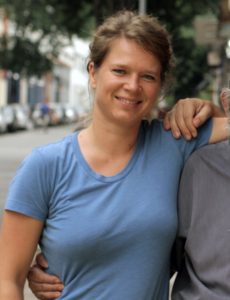 Co-founder of Deltaworkers, an international residency program in New Orleans, US. Curator and producer at the international contemporary art performance biennial Performa in New York City.

“Our experience at Capacete has shaped our view on how projects can develop and firmed our idea about residencies and how they can be fruitful for both host and resident. The fact that Helmut chose very careful in who he wanted at the residency and how he let everyone go their way however way the best fit to the artist, has proven a good strategy. We had the chance to live at Helmuts house on top of the mountain and see how he devoted his time to art and life. It inspired us to become ambitious in not following the existing paths too much.

Another thing that was very inspiring was that Helmut shared a lot of questions he had with us, about how to continue the residency while developing the school. This openess and dedication to art led to the creation and development of the Deltaworkers residency program in New Orleans, which was build with the Capacete principles at its core. We give space to artists from different disciplines and want them to try to understand the city before even thinking of producing anything. It’s the constant dialogue on multiple levels that feeds the projects, which is apparent in the results. After the residency in Capacete we created an installation and performance, for both of us a new step in our careers. Helmut Batista has been an influential person in Maaike’s development as a curator. Even though she don’t speak much to him, his way of looking at the world and at art has been inspiring since the first time she met him in 2006 while being a participant in the Curatorial Program at De Appel in Amsterdam.”