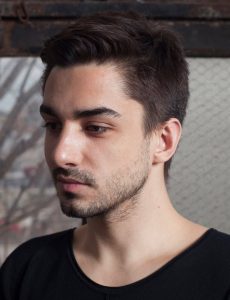 Felipe Meres was born in Petrópolis, Brazil in 1988 and currently lives and works in New York. Solo exhibitions include The Telomeric Cut at Mendes Wood DM, São Paulo (2017) and Fsision at Company Gallery, NY (2016). His work has been shown in venues such as Cisneros Fontanals Art Foundation, FL (2016); Shulamit Nazarian, LA (2016) and Lisa Cooley, NY (2016). He was an artist in residency at the ArtCenter/South Florida, FL (2016); SÍM, Reykjavik, Iceland (2012) and Escola de Verão, Capacete, Rio de Janeiro (2012). He holds an MFA from the Milton Avery School of the Arts at Bard College, NY and is currently pursuing a PhD in Anthropology at The New School, NY. He is the recipient of the 2016 Cisneros Fontanals Art Foundation Grants & Commissions Award and of the 10th Tom of Finland Foundation Emerging Artist Grand Prize.