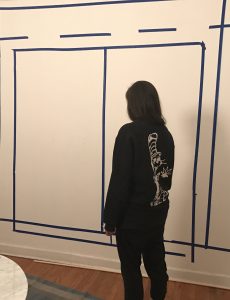 “I was invited to stay for a month but later got an extended invitation to stay for longer. I was having such a fantastic time and it was really sad as I couldn’t stay because I had to go back to work for an artfair solo presentation. Helmut argued that I was already working by being there. It didn’t make much sense to me. On my way back to the airport from the bus I saw a grafiti which said ‘Os artistas verdadeiros estão nas ruas’, which somehow revealed to me what Helmut was trying to say. I wanted to stop the bus and go back to Capacete but I didn’t, just left trying to figure out how this reflection could leave something positive at that point.”