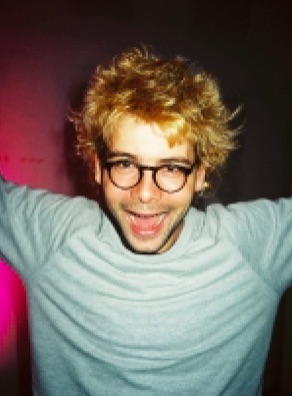 In 2010 he moved to Germany, where he studied at the Vilem Flusser Archive at the Berlin University of the Arts,  later on with Prof. Burghart Schmidt and Prof. Juliane Rebentisch at the Academy of Art and Design in Offenbach am Main (Germany) he received a scholarship from the Rotary-Club Offenbach am Main in 2011.

He has finished his master thesis oriented by the Philosopher Prof. Fabien Vallos at the École des Beaux Arts de Bordeaux.

In 2015 he started working as a professor at the art department at the Escola da Cidade where he taught for one year. He works part-time with the platform lanchonete.org.

Today he writes, periodically to the to the World Policy Institute and Arts Everywhere. As well as a guest professor at the Art Academy of Palestine, in 2017 take part at art residence program organized by the Dokumenta 14.

Has crossed the Balkans and the Central Asia with a bike, the West Bank, the Himalayas walking and speaks fluently 5 languages.