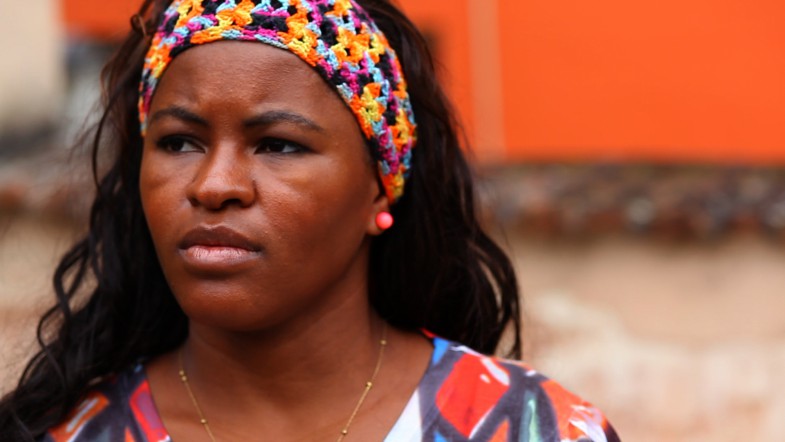 Thursday 13 of August at 19:30
Wendelien van Oldenborgh will talk about Bete & Deise (2012) and more recent works and want to address some questions regarding method of production. These are on the one hand related to performance: What occurs in front of the camera? Which role does the camera play? And there are also questions of how forms of politics are worked out through a piece and how ethics and politics are part of a production method.
The production process, especially the moment of the shoot, are ways to look into a question, to elaborate issues and to learn about things and people whose knowledge I do not and cannot have. One could say that the production process is the proper research process. I woud like to see this process as polyphonic, open and relational and at the same time very structured.
Wendelien van Oldenborgh develops works, whereby the cinematic format is used as a methodology for production and as the basic language for various forms of presentation. She often uses the format of a public film shoot, collaborating with participants in different scenarios, to co-produce a script and orientate the work towards its final outcome. With these works, which look at the structures that form and hinder us, she participated in various large biennials, and in smaller dedicated shows. Recent presentations include Form Left to Night (2015), solo at The Showroom London, Beauty and the Right to the Ugly (2014)  at the Berlinale Forum Expanded 2015, Collective Gallery Edinburgh 2015 and in van Abbemuseum, in ‘Confessions of the Imperfect’ 2014; La Javanaise at CAPC Bordeaux 2015, the 12th Biennial of Cuenca (EC) (2014); Après la reprise, la prise in ‘Blue Times’, Kunsthalle Wien 2014 and  ‘Art Turning Left’, Tate Liverpool 2013; Cinema Bete & Deise in ‘Dear Art’ by What How and for Whom, Calvert 22, London 2013;  Supposing I love you. And you also love me (2011) in ‘Speech Matters’, Danish Pavilion, Venice Biennial 2011. Van Oldenborgh has exhibited widely including in RAW Material Company Dakar (SN) van Abbemuseum Eindhoven (NL), Muhka Antwerp (B), Generali Foundation Vienna and Museum Muzeum Sztuki in Lodz (PL) as well as the 2nd Biennial of Kochi-Muziris 2014, 4rth Moscow Biennial 2011, the 29e Bienal de Sao Paulo 2010 and at the 11th Istanbul Biennial 2009. In 2014 she was the recipient of the prestigious Heineken Prize for the Arts, presented by the Royal Dutch Academy of Sciences.