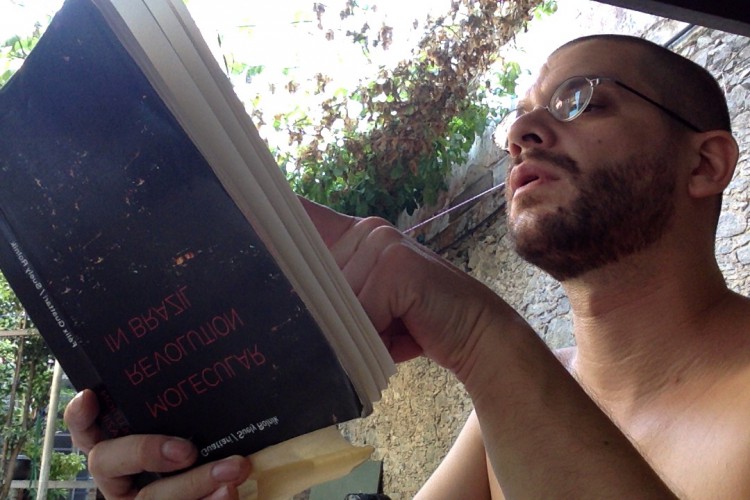 Max Jorge Hinderer Cruz
What is ideology? And what is the critique of ideology? Does ideology always come before our talking? Does it necessarily determine our thoughts? Does it determine who we love and with whom we fight? Is it only in our heads, or does it also have to do with our feelings, with our bodies, with our desires, and the psychoactive substances we consume? Starting from some 1960s philosophical discourses the course will try to understand what the so-called “aesthetic turn” of post-marxist ideology critique is all about, and talking about sex and drugs and rock’n’roll, we will articulate aesthetic and artistic practices with concepts such as “micropolitics” and “microphysics of power” in order to understand the forms and forces that govern our everyday lives.

Max Jorge Hinderer Cruz is a German-Bolivian writer and editor based in São Paulo. Together with Suely Rolnik, Pedro Cesarino and Amilcar Packer he is coordinator of P.A.C.A. (Program for Autonomous Cultural Action). He was curator of the exhibition and publication project “Principio Potosí / The Potosí Principle”, presented at Museo Reina Sofia Madrid, Haus der Kulturen der Welt Berlin, and Museo Nacional de Arte and MUSEF in La Paz in 2010 and 2011; he’s the author of the book “Hélio Oiticica and Neville D’Almeida: Cosmococa” published by Afterall/MIT Press in 2013 and Capacete Entretenimentos and Editora Azougue, Rio de Janeiro in 2014.