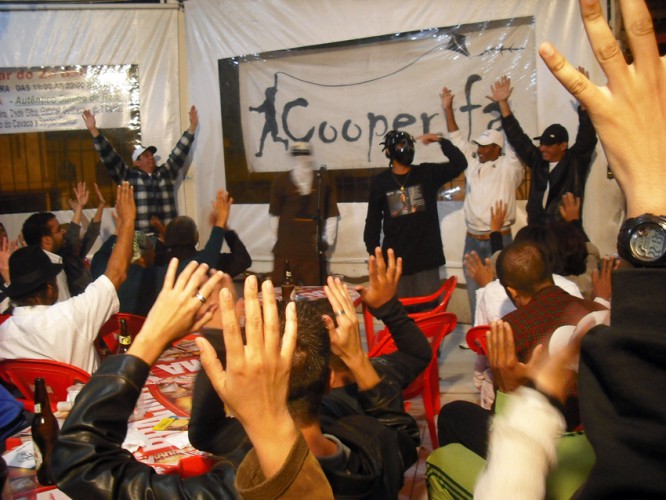 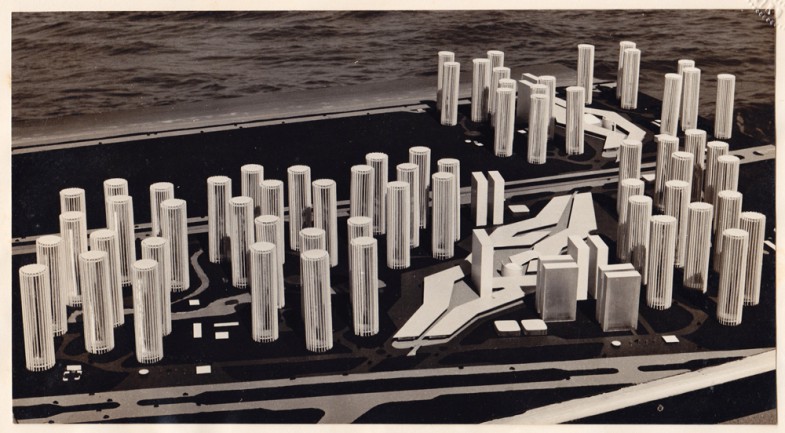 When the periphery invades the center

Ingrid Hapke will speak about a contemporary literary movement called literatura marginal/ peripherica, which manifests itself since the late 90s principally in the slums and poor suburbs of São Paulo.  Poor and often poorly educated people from these marginalized neighbourhoods  were until then mainly excluded from Brazilian cultural life -as authors and consumers. The appearance of these “new” authors, who  write and publish their own topics, in their own language without mediation from academics and intellectuals, provoke a lot of conflict in the literary establishment and the need of rethinking literature and literary critique as cultural practices that are “exclusive”.

Parting from the aesthetic production of this cultural and political movement Ingrid Hapke will reflect upon the  changes aesthetic production and concepts undergo in contemporary literature and art.The literary practices of the marginal movement are not restricted to paper and the book. To understand the new, complex aesthetics it is necessary to look at the (political) context and the specific publication and distribution practices,  like the  ‘sarau” (“open stages”) in the bars of the peripheries, the blog and other independent publishing formats.

The presentation by Wouter Osterholt will shed light on the different stages of the Paraíso Ocupado project and its future ambition. The work in progress aims to revive a little-known architectural plan designed by Oscar Niemeyer, called Centro da Barra. This urban center was part of Lucio Costa’s master plan for Barra da Tijuca, a neighborhood in the South West zone of Rio de Janeiro. In this integrated city a varied composition of different social classes would live together. Major construction began in the late 1960s, and soon Barra da Tijuca turned into an urban El Dorado for real estate developers. Amid rampant speculation and endemic corruption, the project failed, the natural landscape got polluted and the neighborhood became a fortress of gated communities for Rio’s nouveau riche. Many of the proposed public facilities were never realized and almost everything got privatized. From a diversified neighborhood on the drawing board to a fortress of gated communities in reality, Barra da Tijuca symbolizes the takeover of private profits over public interests.

With Barra as the main center for the Olympic games it seems that history repeats itself. Over the last few years land prices have tripled and Barra is again being sold as the new paradise in similar ways as in the early seventies. As recent history shows no end to the fraudulent scams in the real estate market. the project proposes a permanent awareness of the corruption and lack of transparancy by proposing the construction of a museum dedicated to the failure of Centro da Barra. The collection of the museum is planned to consist of documents found in an abandoned archive left behind in a vacant tower in Barra.

In the end the connection -consisting of a territorial battle that manifests itself in different ways- between these two seemingly very different projects will be discussed.Also the role of the researchers/ artists and their venture into/ intervention in foreign and conflictive territories shall be reflected upon.

Paraíso Ocupado is a work in progress initiated by the artists Wouter Osterholt and Elke Uitentuis during a stay at Capacete in Rio de Janeiro in 2010. The project is further developed in close collaboration with Raphi Soifer and Ingrid Hapke. It is made possible with financial support of the Mondriaan Foundation and the Federal State of Berlin. In 2016 the project will be exhibited in Studio X Rio together with a publication (Onomatopee).

Mini-Bios
Wouter Osterholt develops site-specific projects in which he explores the public sphere as a domain where different communities collide. By adopting a research approach similar to investigative journalism, he seeks to reveal and unravel conflicting interests that define local politics and the organization of the public. Through direct interaction with people, both bystanders and those immediately involved, the artist opens up delicate topics of debate. As a result his projects often take the shape of a public platform that activates individuals to articulate their personal relation to the political. It seeks to exceed the parameters of public dialogue and politics by entering the realm of imagination, unexpressed thoughts and dreams.