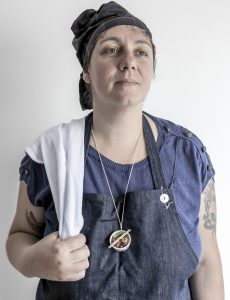 After fleeing the second English empire of the North Kadija traveled the former Spanish South until a warm autumn afternoon when she arrived in the land of the rising sun. Still in the transfer bus from Narita to Shibuya she met a man wearing a helmet. They talked about Eastern Europe and Latin America and discovered they were neighbors in Rio. Back in the tropics she went to his house for Universidade de Verão where she met the other 12 who later became the 13 of Pereira, also known as Agência Transitiva. Under the maracujá tree they evoked Mané Pelado, Cara de Cavalo and became epiphyte to the helmet hanging in the bookshop of Pequeno Laboratório. She started going by Agent Orange and made crosswords with Vocabulário Político para Processos Estéticos. In the kitchen she made merendas and oferendas: tamales for Portas, bolinho de Feijoada e Feminismo with Andrea, kimchi with soJin, and Queer Vegan Manifesto with Asia. When the helmet was not there she took over the house with the others from Capacetando and started making her PFs. Then came the coup and the new ones, hungry and thirsty for wednesday nights. She became resident chef. Then there was Futuros Sequestrados vs. Anti-sequestros dos Sonhos; DUB Janta E NOIS E Juice; Oficinas de Ajeum; Transburger; Nabo Laser; Opposite Kitchen; Confraria do Mungunzá; Daal do Sadhu Amar Bharati; Respira Lanches; Engastração Vegana; and much more… One day she had to move to another place, but she wouldn’t be where she is now if it wasn’t for that helmet.